Explore My Etsy Shop For A Wide Variety Of Beautiful Printables! Shop Now

Hello ya’ll! DIY art packets for “on the go” are incredibly handy! And the best part is that nothing is wasted or unnecessarily taking up extra space! We’ve all seen the prepackaged “activity packets” at the store and have probably purchased a few. But what about those times when you have a last minute trip and no time to stop at the dollar store? Coloring books are too big to slip into a purse or diaper bag. And no one wants an extra bag to carry just to bring art supplies. So, that’s where this DIY art packet comes in! It may be small but it’s packed full of entertainment!

How to make a diy art packet

Making the paper envelope looks more complicated than it actually is, so don’t get discouraged! It’s basically just a few easy folds.

To start, lay the construction paper out flat, then fold in half. (Like you would a card.) Also, be sure to press the fold flat. Then you can open it back up.

Next, take the upper left corner and fold down so the top edge is even with the middle crease. Then do the same with the right corner.

Now we are going to basically do the same thing on the bottom. Firstly, take the bottom left corner over to the middle crease, making sure that the left outer edge of the paper is even with the middle crease. Then repeat with the right bottom corner.

So, this part can be a little tricky. Your first step will be to open the flaps at the top of the paper, then carefully fold back to create a crease to match the crease underneath. Once both sides are creased the paper reminds me of Red Riding Hoods cape.

Now push the hood of the “cape” down so that the entire upper half of the paper is laying flat.

Next, you are going to fold up the bottom left corner so it sits slightly below the middle crease. Do the same on the right side.

And the last step is simply bringing the bottom half up over the top half! Spin the envelope around so the flap is at the top and open!

what to put in an art packet

So, now you can fill it with whatever art supplies your kiddos like…crayons, colored pencils, stickers, a coloring page, or even a word search puzzle. This DIY art packet is full of possibilities! And my favorite part is that the kids can open it, draw on the construction paper, then fold it back up!

I used a large paper clip to hold it closed. But you can also use tape or a rubber band.

I hope you enjoyed this craft and that it proves itself useful!
Also, for more fun crafts please check out my Craft page!

This site uses Akismet to reduce spam. Learn how your comment data is processed.

Welcome to my site!

Hi! I'm Jenny...wife, mom, writer, creator, and follower of Christ. My goal is to offer tips, hacks, and DIYs to help make "mom life" less stressful and more beautiful! There's no shame in looking for help, because it truly takes a village! Read more...

Stay Up To Date! 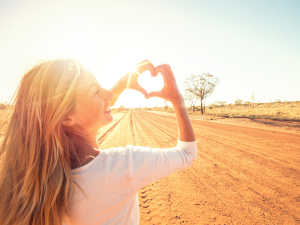 Hi ya’ll! Is it just me or can January feel like a “blah” kind of month? In my opinion it feels that way because we just came down from of a two month high of festivities, socializing, and an overwhelming amount of things to do. Now, in January, we are trying to get back into … END_OF_DOCUMENT_TOKEN_TO_BE_REPLACED

We use cookies on our website to give you the most relevant experience by remembering your preferences and repeat visits. By clicking “Accept”, you consent to the use of ALL the cookies.
.
Cookie settingsACCEPT
Manage consent

This website uses cookies to improve your experience while you navigate through the website. Out of these, the cookies that are categorized as necessary are stored on your browser as they are essential for the working of basic functionalities of the website. We also use third-party cookies that help us analyze and understand how you use this website. These cookies will be stored in your browser only with your consent. You also have the option to opt-out of these cookies. But opting out of some of these cookies may affect your browsing experience.
Necessary Always Enabled
Necessary cookies are absolutely essential for the website to function properly. This category only includes cookies that ensures basic functionalities and security features of the website. These cookies do not store any personal information.
Non-necessary
Any cookies that may not be particularly necessary for the website to function and is used specifically to collect user personal data via analytics, ads, other embedded contents are termed as non-necessary cookies. It is mandatory to procure user consent prior to running these cookies on your website.
SAVE & ACCEPT
wpDiscuz
0
0
Would love your thoughts, please comment.x